Link to USCCB
Forming Consciences for Faithful Citizenship 2020
How to Vote Catholic
Abortion« prev : next »
"Since the first century the Church has affirmed the moral evil of every procured abortion. This teaching has not changed and remains unchangeable. Direct abortion, that is to say, abortion willed either as an end or means, is gravely contrary to the moral law" (CCC 2271).
Those who treat abortion as just one of many issues are misleading Catholic voters. Abortion is unique among policy issues because it is not a matter of prudential judgment. From a Catholic perspective, politicians are not making an application of a principle to a specific situation: All instances of abortion are morally wrong.
Those politicians who are pro-abortion but want to be known as Catholic will try to minimize the importance of the issue by citing a long list of issues, with abortion being only one among them. Their method of convincing voters of their Catholic credentials is to trade disagreement on this issue with agreement on several others. But as the bishops point out in Living the Gospel of Life (1998), this would be like saying that you can build a house without a foundation, simply because all the other parts of the house are strong.
When we look at persons who are in need of food and shelter we immediately feel it our duty to help them. Why? We naturally sense the moral obligation to help persons protect and recover their dignity. This fact of human solidarity in Church teaching—the necessity of community in seeking the common good—never changes.
The natural law at the basis of our moral judgment inclines us to respond to human need; the same inclination is at the basis of our desire to protect life before it is born. Commitment to social justice arises from the same moral vision as the defense of innocent life.
In short, there's continuity between providing someone with food and shelter and the willingness to defend his or her life when it is threatened. The Church often employs the phrase "social justice" when addressing "the conditions that allow associations or individuals to obtain what is their due, according to their nature and their vocation. Social justice is linked to the common good and the exercise of authority" (CCC 1928).
The demands of social justice begin with the right to life and end with the right to be protected from euthanasia or the temptation of assisted suicide. It's a mistake to detach the idea of social justice from the protection of vulnerable life: The moral obligation to protect the unborn and to feed the hungry springs from the same source—the inherent dignity of the human person (CCC 1929).
The Church's pronouncements on abortion as an evil are spoken with the highest level of authority—there is not the least hint that either a Catholic voter or a Catholic candidate can ignore them. The reason that abortion is the dominant issue in determining how to vote is twofold:
First, the protection of life—the right to life—is a moral principle that sits at the foundation of morality itself. This right is "inalienable," meaning that it cannot be removed, even by the choice of the mother or father.

Second, the Catholic injunction to oppose abortion is unqualified: Individuals are not required, or allowed, to make prudential judgments of the principle to a specific case. Appeals to private "conscience" cannot override this infallible teaching.
The president and Congress must take whatever action they can to reduce the number of abortions and, in the future, put an end to abortion for good. For the moment, no step is too small.
The Church allows support for politicians "whose absolute personal opposition to procured abortion was well known" and who take an "incremental" approach to restoring the culture of life (Evangelium Vitae, 73).
In other words, it's permissible for a Catholic voter to vote for a politician who attempts to pass, for example, the ban on partial-birth abortion. The support for such a ban is not to be construed as political indifference to the millions of other abortions.
« prev : next
www.catholicity.com/vote/abortion.html 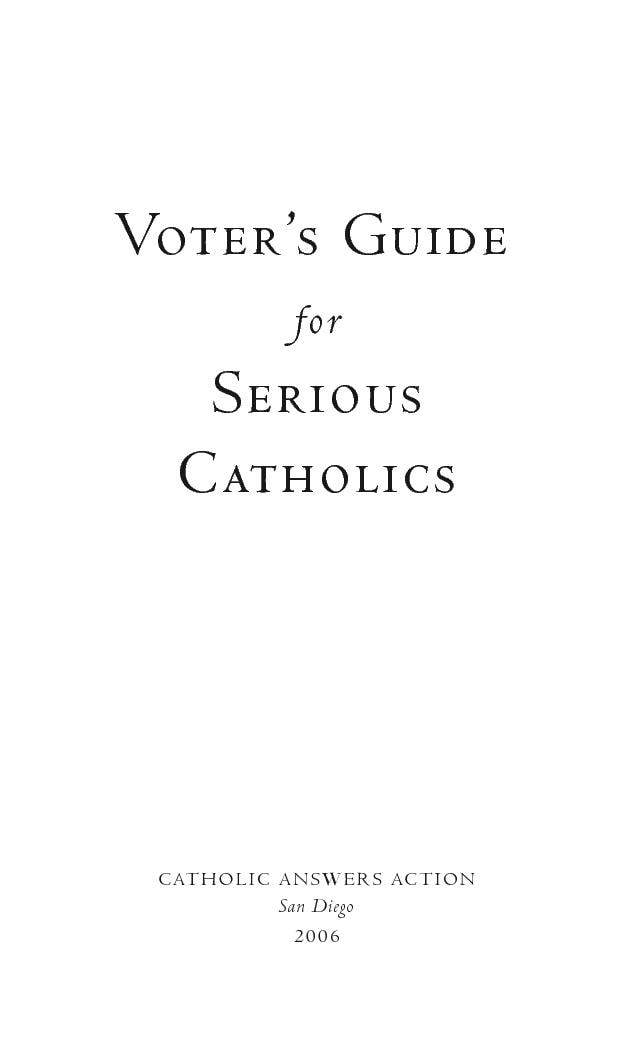 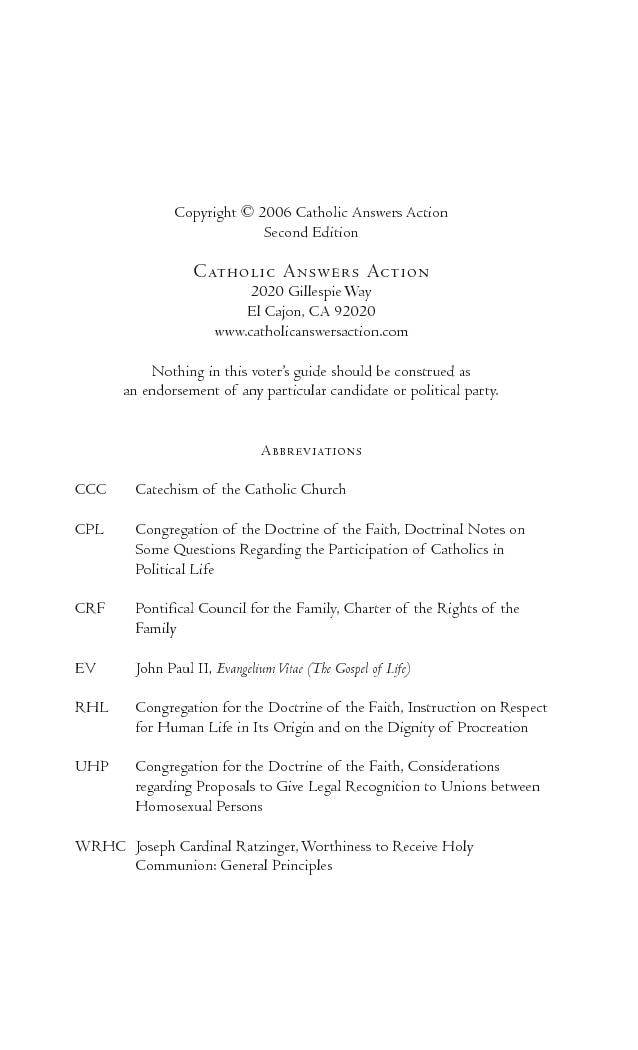 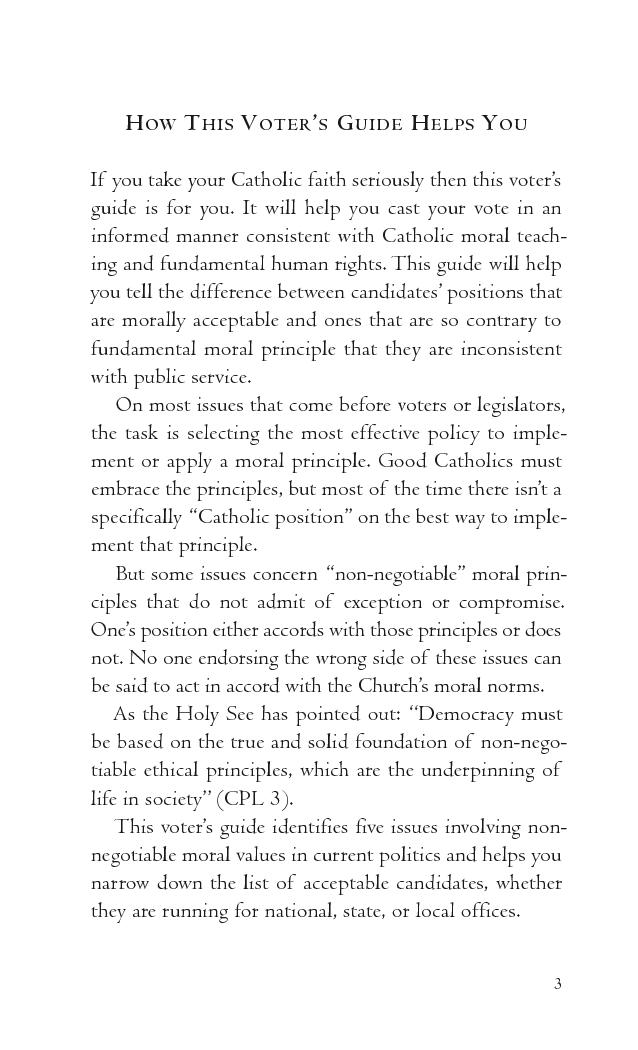 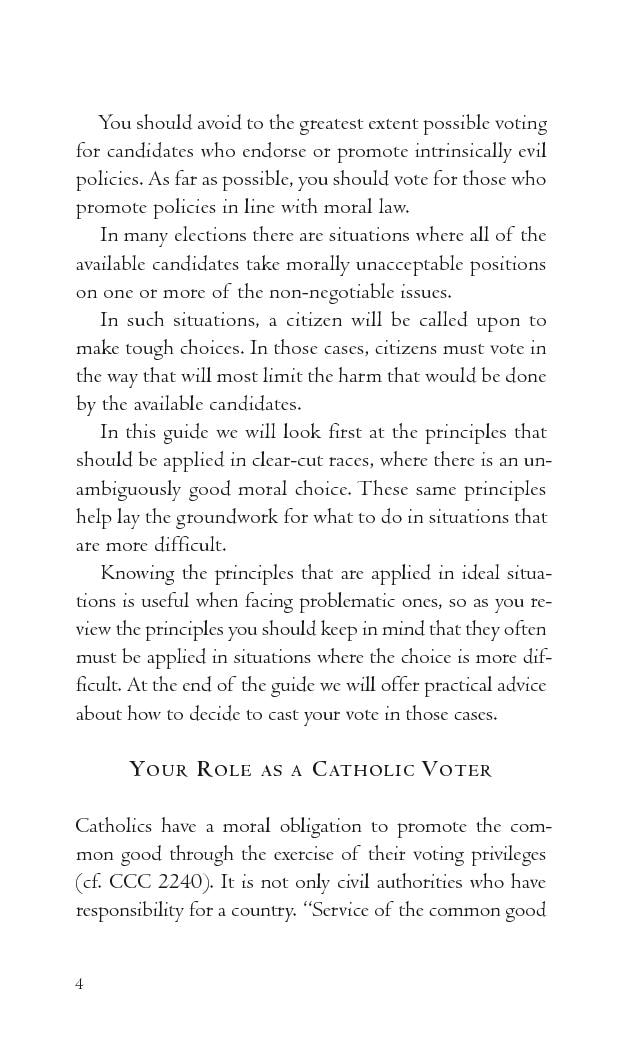 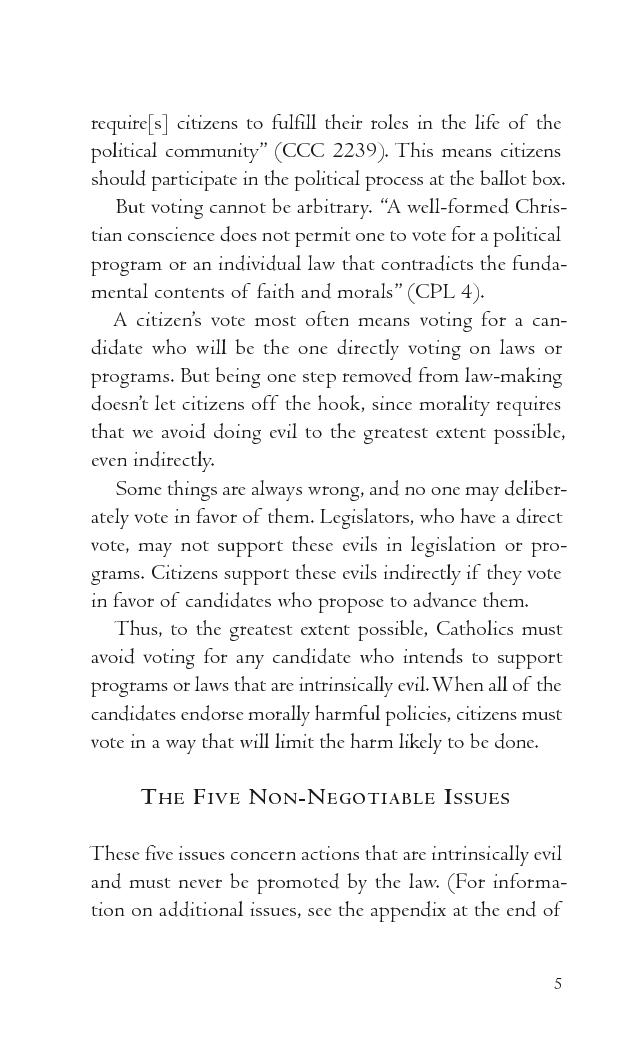 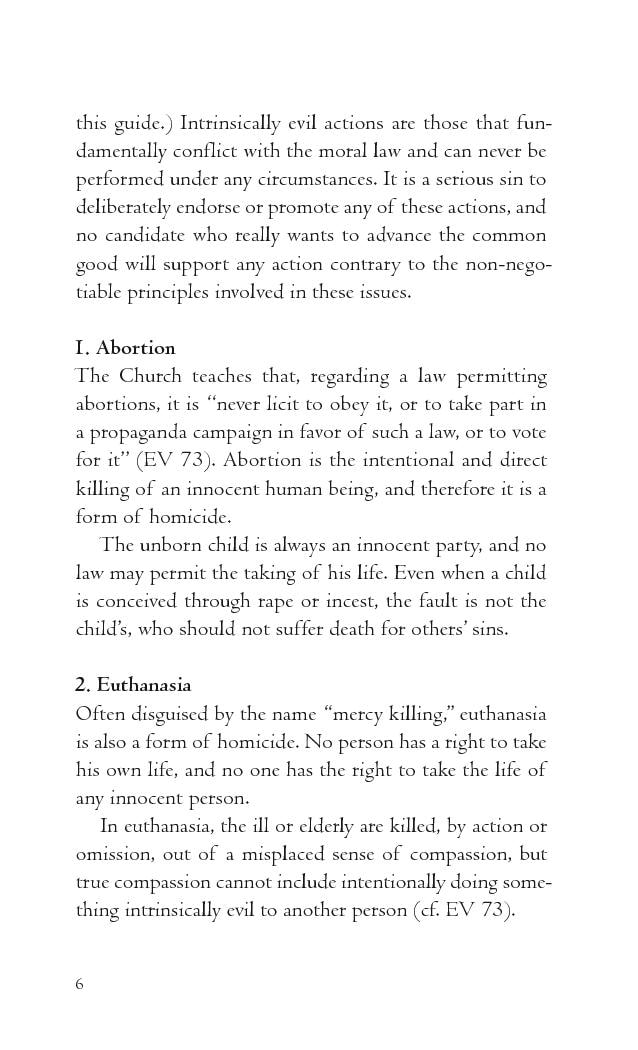 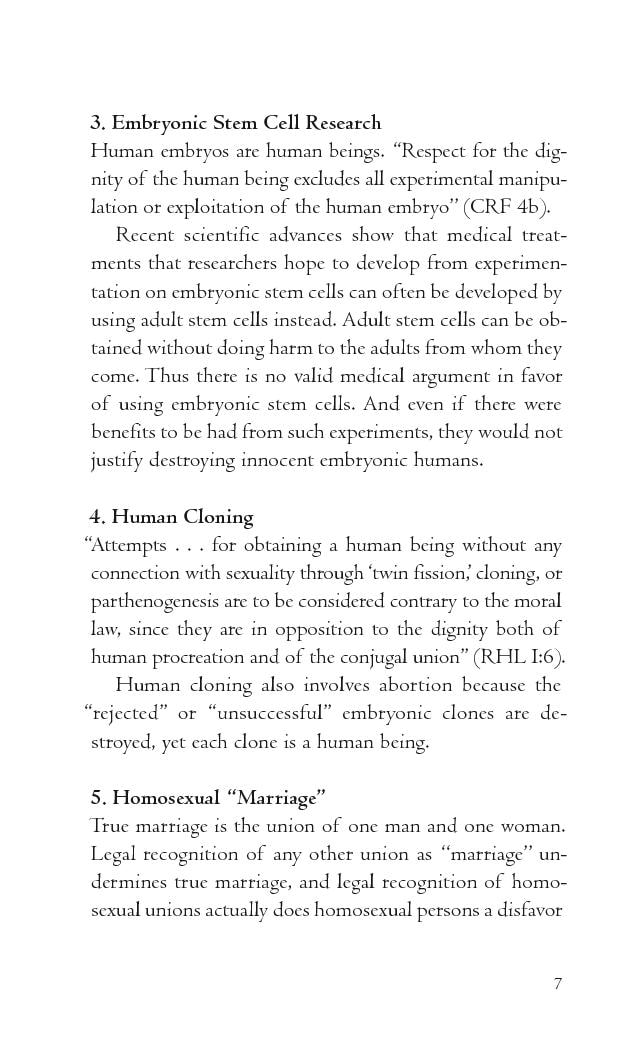 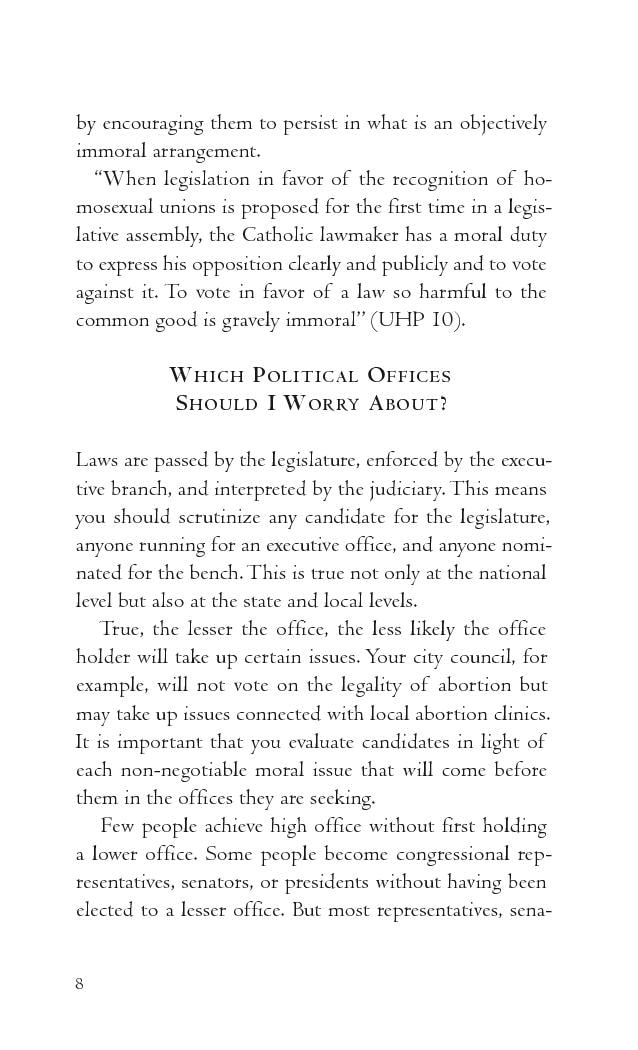 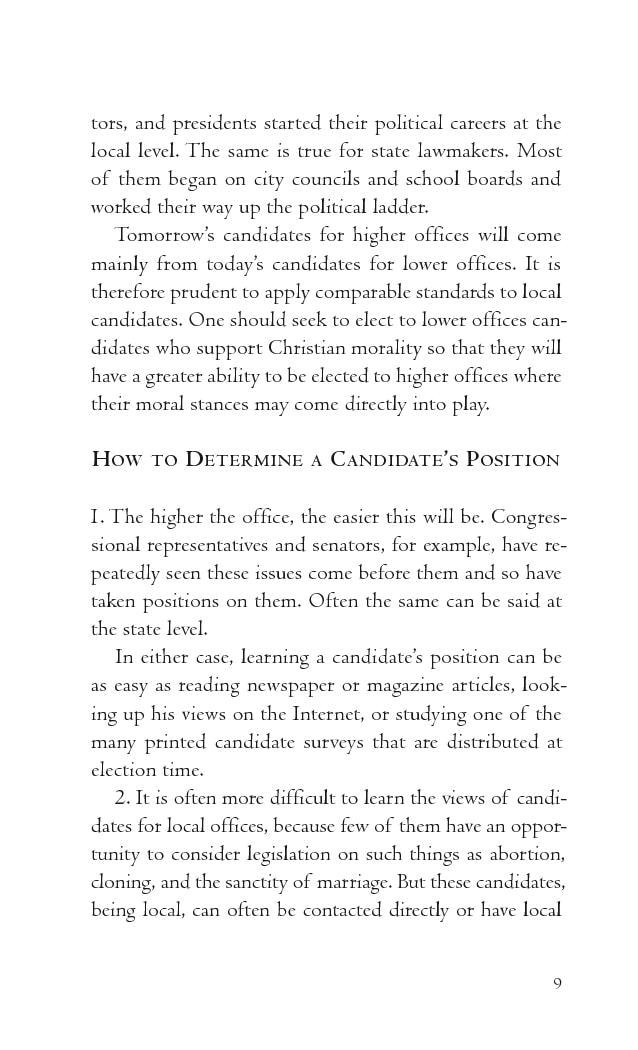 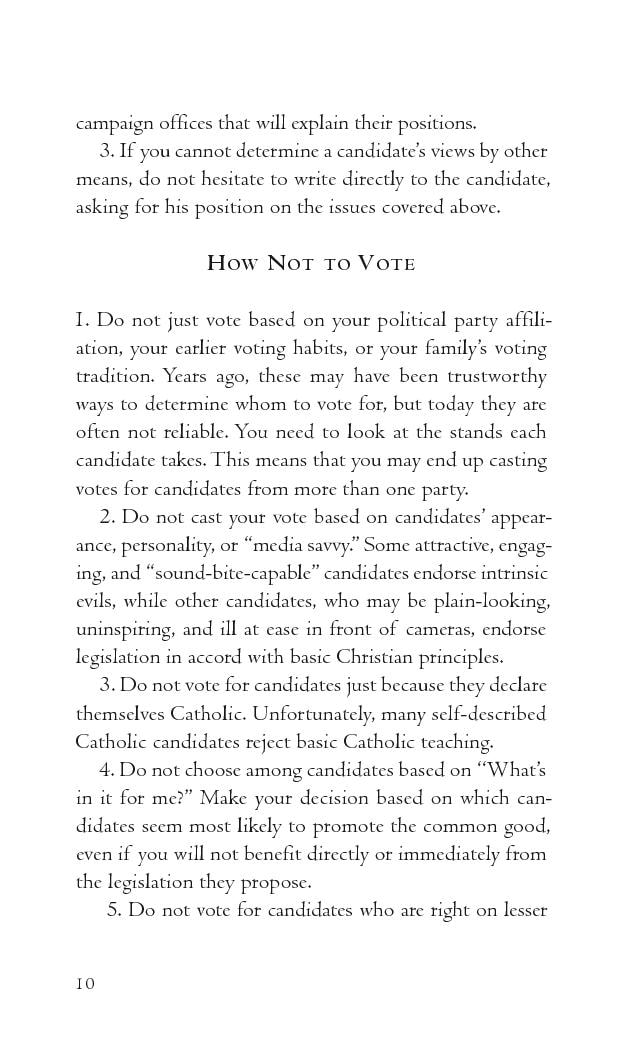 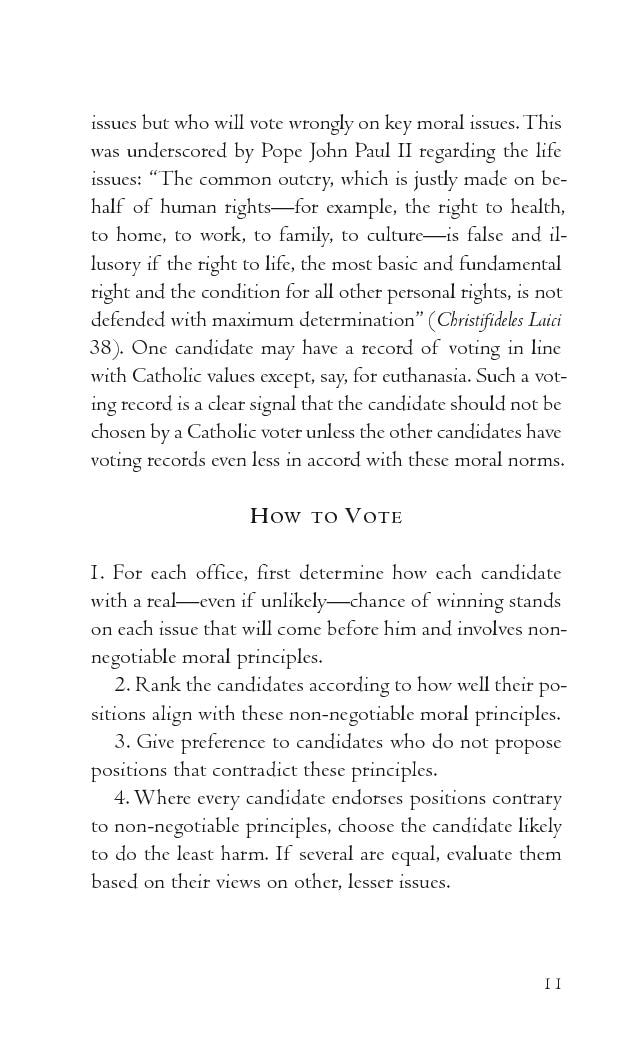 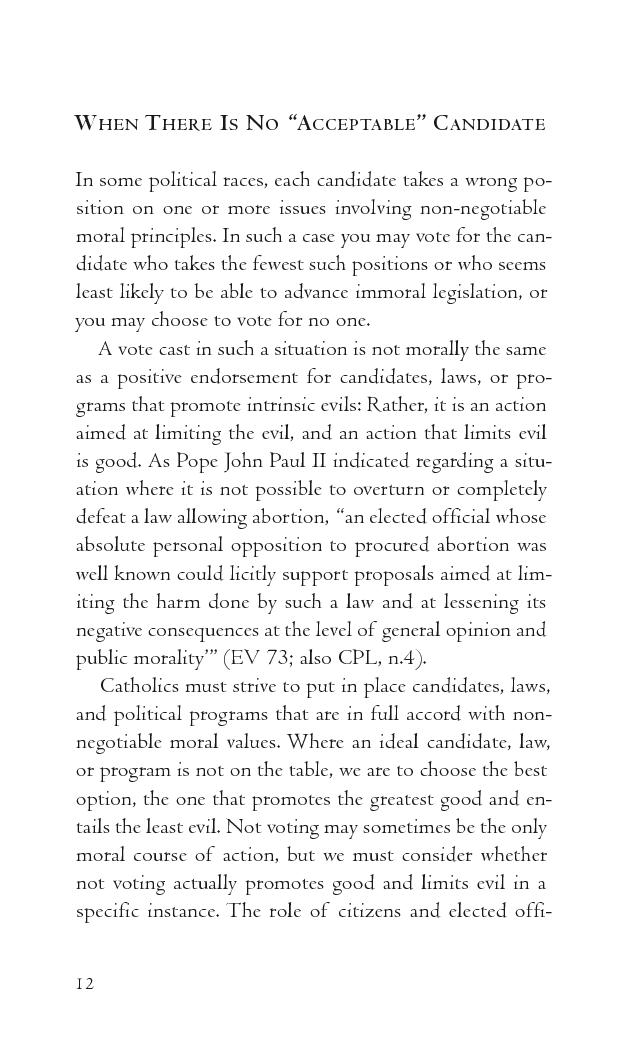 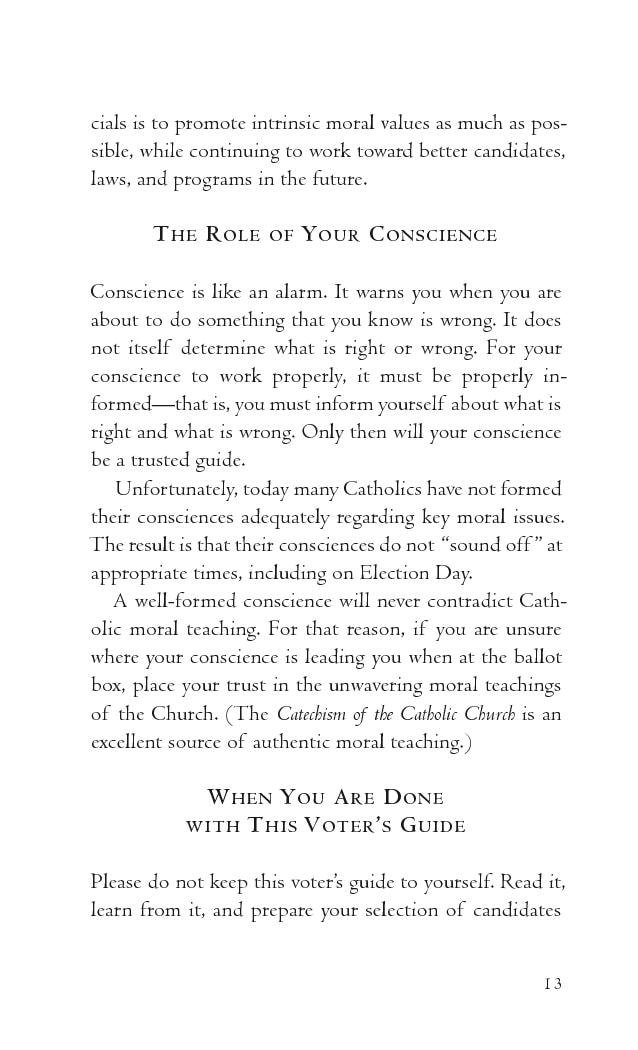 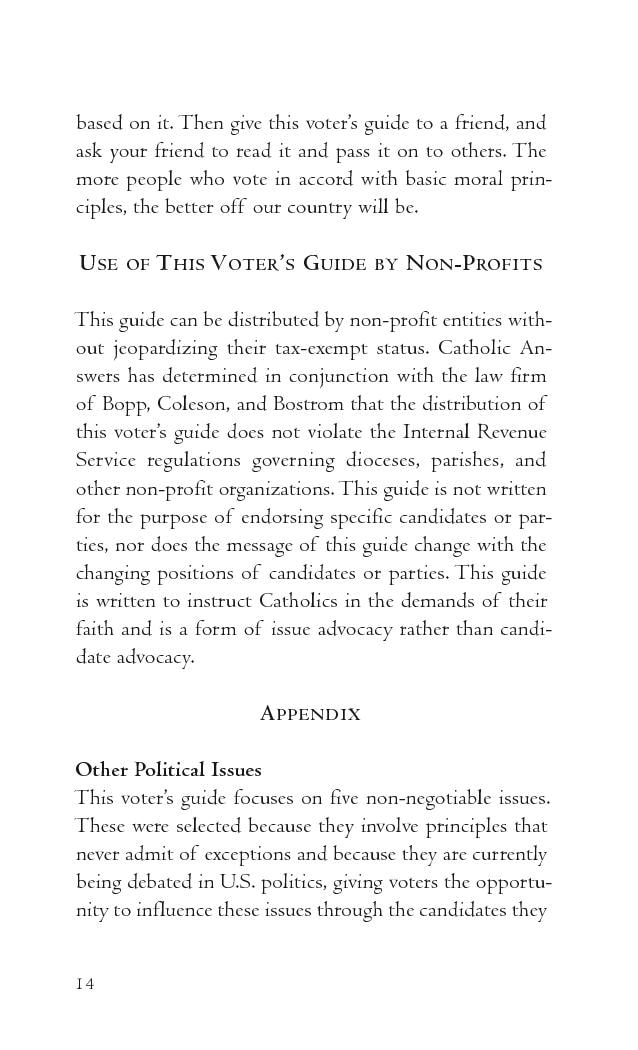 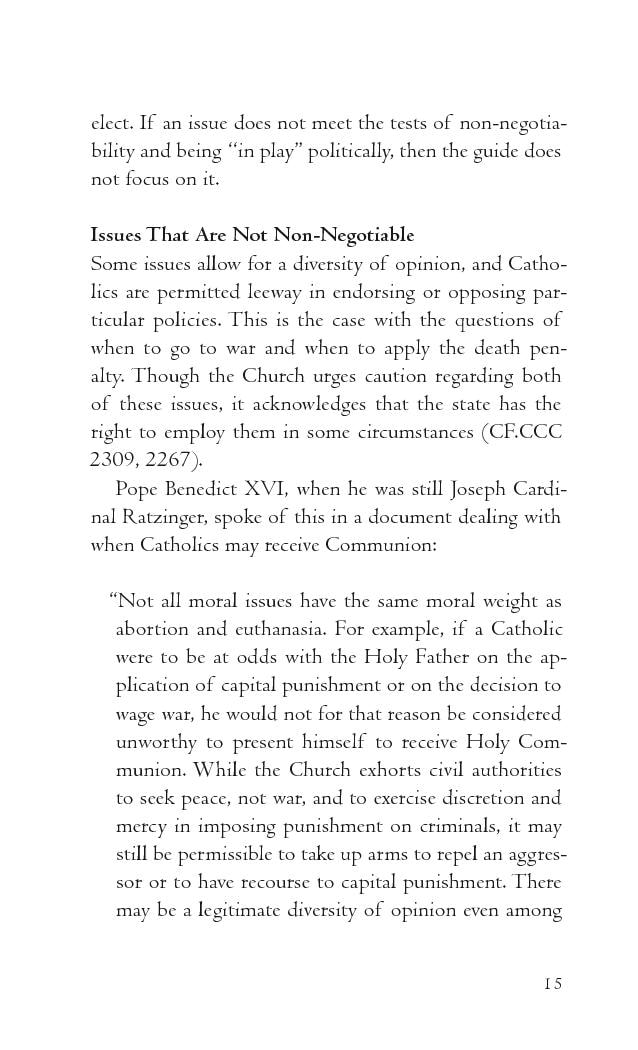 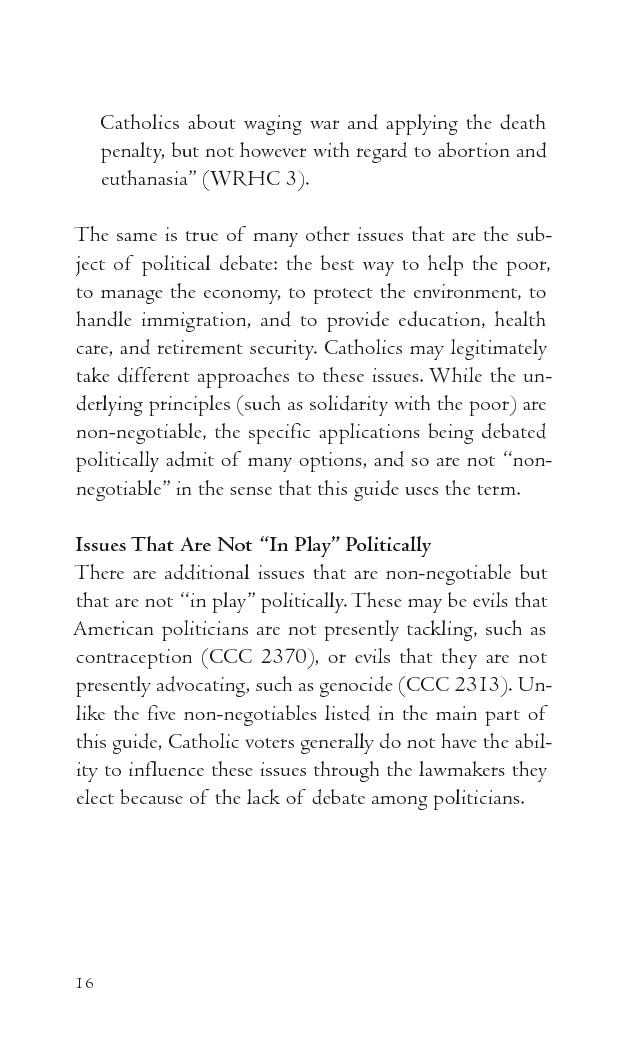 Help Us End Abortion and Promote Respect for All Life

Please help us with our mission to have Masses said once a month in each parish in the Reno Diocese and Masses in other areas for an end to abortion and respect for all life from conception till natural death.  We also support two seminarians in India.  See contact page for address.